The full biography book is available. See the PUBLICATION page. 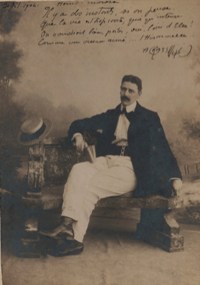 Augustin Grasmick was born in Paris on 5th September 1873, in Grenelle neighbourhood. His parents, from the military petty bourgeoisie, enjoy to receive artists at home : painters, musicians, writers and actors.

Augustin is a curious, miscievous and quite lonely boy. Since his childhood he is interested in drawing and then in painting thanks to Cresigny, a medallist-modeller and friend of his father, who regularly brought him art literature, prints and sketch books. 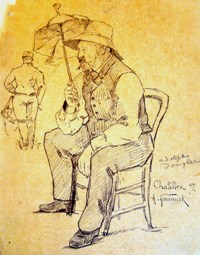 Against his father opinion, when he was 14, he got apprentice to a lithography engraver, Auguste Lemoine then to the Dangler brothers, painters-decorators, and also to Georges Lavergne, a stained glass painter.

During this period, he frequented different studios, attended courses at "Arts Décoratifs", illustrated for various newspapers and worked as ghostwriter for Henri de Sta, as well as for others illustrators of this time in order to honor too important orders.

From 1885 to 1906, it was the time of meetings and friendships. He made the acquaintance of the composer Eric Satie, the painter Toulouse-Lautrec, the poet Verlaine, of Choubrac, Poulbot, Valadon and others who would go on to find fame in the new century, but not yet. 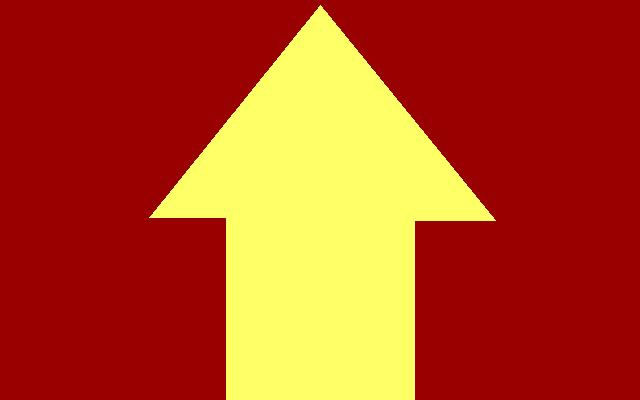 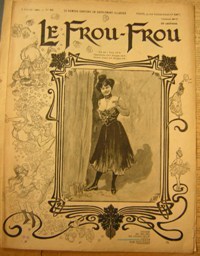 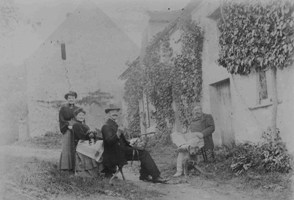 After having completed his compulsory 3 years military service with the Dragons Cavalry, he adopted a bohemian lifestyle, dinning at friends or sponsors' home as André Level, sleeping in artists' studios. At night, he could be found in all the cabarets : the Chat Noir, the Moulin Rouge. He met there the whole Paris artistic community. 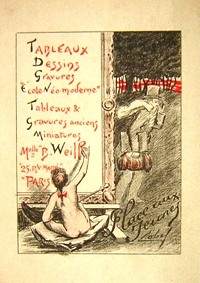 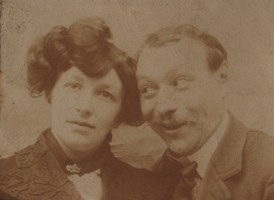 He worked with the same spirit as Lautrec. Sketching spontaneously and in a realist style, he captured Parisian life. He was distrustful of the emerging art market and its dealers who dictated to artists the style in which they must paint based on the tastes of the art buying public. He wanted to escape and be free of the current style as characterised by the works coming out of "Bateau Lavoir" by Braque and Picasso.

In 1906, he married a variety singer, Lucie Arnaldi, his partner since 4 years. During this period he became quite famous. But in 1913, on an impulse,he left Paris for the South of France, where his wife had grown up. The light of Provence enchanted him as it had Renoir, Van Gogh and Braque, before him. 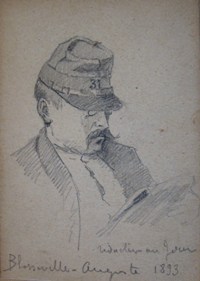 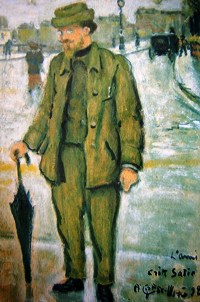 Upon leaving Paris he lost the success he was beginning to achieve. The First World War disrupted and changed the artistic landscape. However, Grass-Mick continued painting in his own style refusing to follow the changing fashions.

Forgotten in Paris and rejected by the artists in the south, in spite of everything he continued along his own path thanks to his friend and patron Charles Morachini and to the gammery owner Jules Olive. He exhibited in various galleries in Marseille and on the Côte d'Azur where some art collectors appreciated his bold brush strokes and the portraits of his famous Parisian artist friends. 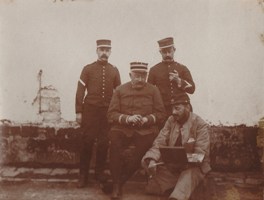 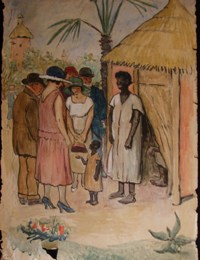 In addition to his work as a painter, Grass-Mick was a well-respected art critic and a tireless historian. He promoted and was instrumental in the rediscovery of Provençal artists who had been forgotten by the citizens of Marseille. He wrote two books, "La Lumière sur Daumier" and "La Lumière sur Puget" and got passionate and conducted research to find the truth about Joan of Arc and Louis XVII.

He passed away in 1963 at the age of 90, he left behind only a few of his paintings but many of his drawings and manuscripts remain. In 2013, his journal "Croquis en prose" (sketches in prose) was discovered, from wich his biographer and archivist, Edith Guihéneux-Nolin, wrote a book "Chronique d’un peintre oublié" (Chronicle of a forgotten painter) published on february 2016 (see PUBLICATION page). 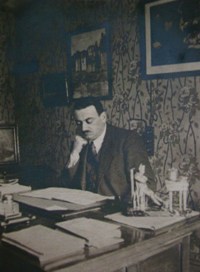